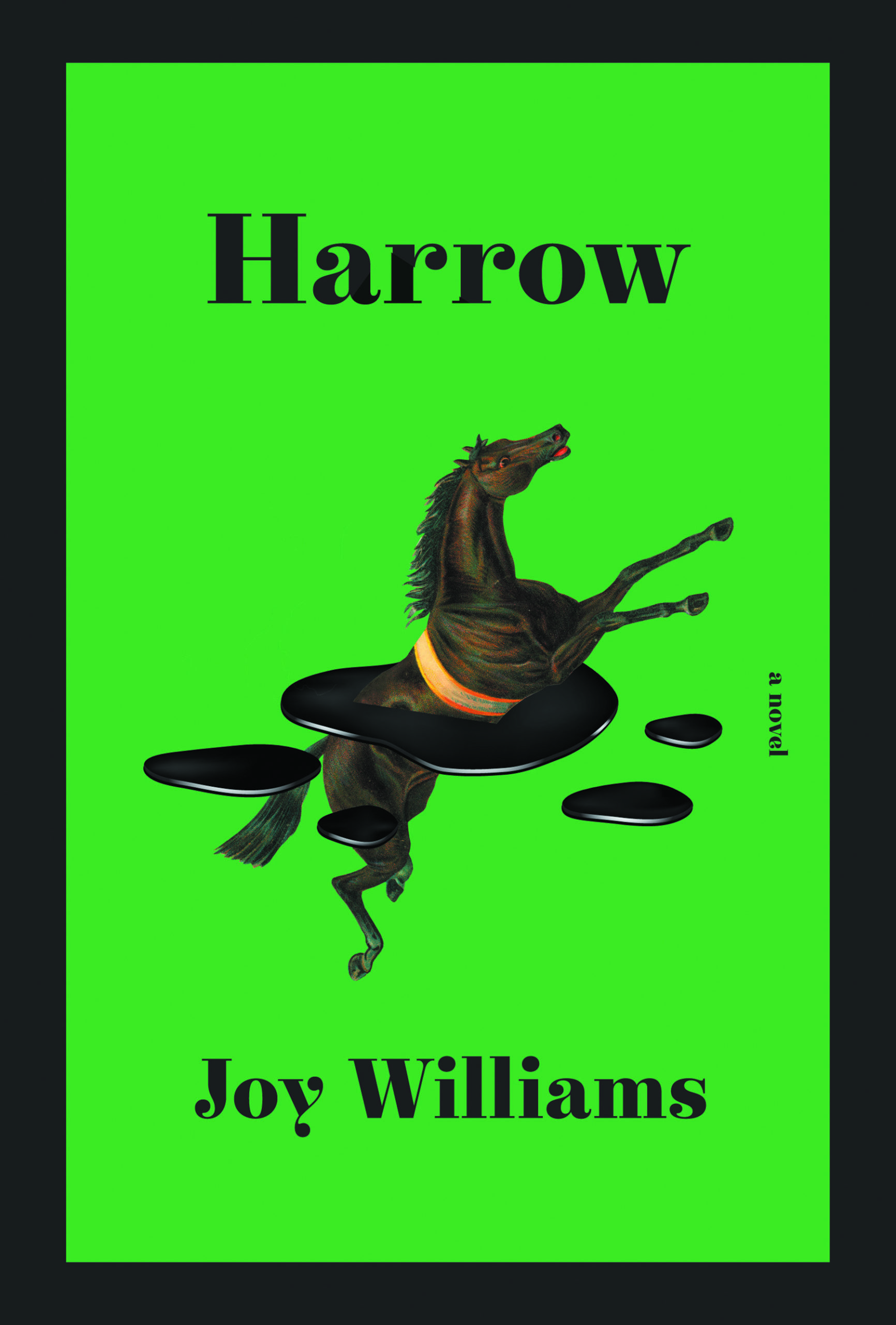 “Something definitely had gone wrong. Even the dead were dismayed.”

Joy Williams‘ first novel since 2000’s The Quick and The Dead, takes us on a desolate, western journey set in environmental collapse at the end of the world. This wildly experimental and absorbing approach to the eco apocalypse follows Khristen, whose mother was convinced she had unexplored knowledge of life after death, based on the unfounded belief that Khristen died as a baby and came back to life. Khristen ruminates that her mother “was so convinced that I had died it was difficult for her to experience me as a living child.”

As Khristen leaves a closing boarding school she was sent to, she begins to head towards the site her mother last visited; the site of a “visionary conference” at a resort later called “the Institute.” She eventually ends up at a dilapidated resort hotel run by Lola and situated near a sick and dying lake dubbed “Big Girl.” The only inhabitants are a young boy, his mother and Lola’s crew of older adults, who rather than accepting a slow fade to death, have planned out elaborate, suicidal ecoterrorist events to go out in a flame of glory.

Though originally imagined, and of course, extraordinarily written, Williams’ newest novel takes experimental plot and story into a realm that might feel confusing and jarring. Storylines and characters are picked up and put down sometimes without conclusion. We delve into vivid scenes that are pleasantly disjointed, far from where the logical line of plot would go.

In an exceptional scene in a bowling alley, Khristen goes to the birthday of 9, soon to be 10-year-old Jeffrey, a strongly opinionated kid obsessed with legal procedure who is visiting the dilapidated resort with his overdrinking mother, Barbara. Jeffrey’s mother attempts to break the news that his father has brutally murdered his grandfather by commissioning the scene to be emblazoned on his birthday cake in frosting. Instead Barbara realizes, “That damn baker just copied Saturno on the cake.” Lola, realizing the error as well, tells Khristen, “A very famous and disturbing painting by the Spaniard, Goya. I can see why the baker might consider it but in the case of little Jeffrey here and his father and grandfather, the situation is the opposite.”

Fantastically inventive scenes are littered throughout and make this novel daunting at first, yet a witty, bizarre and wild depiction of the end of times. 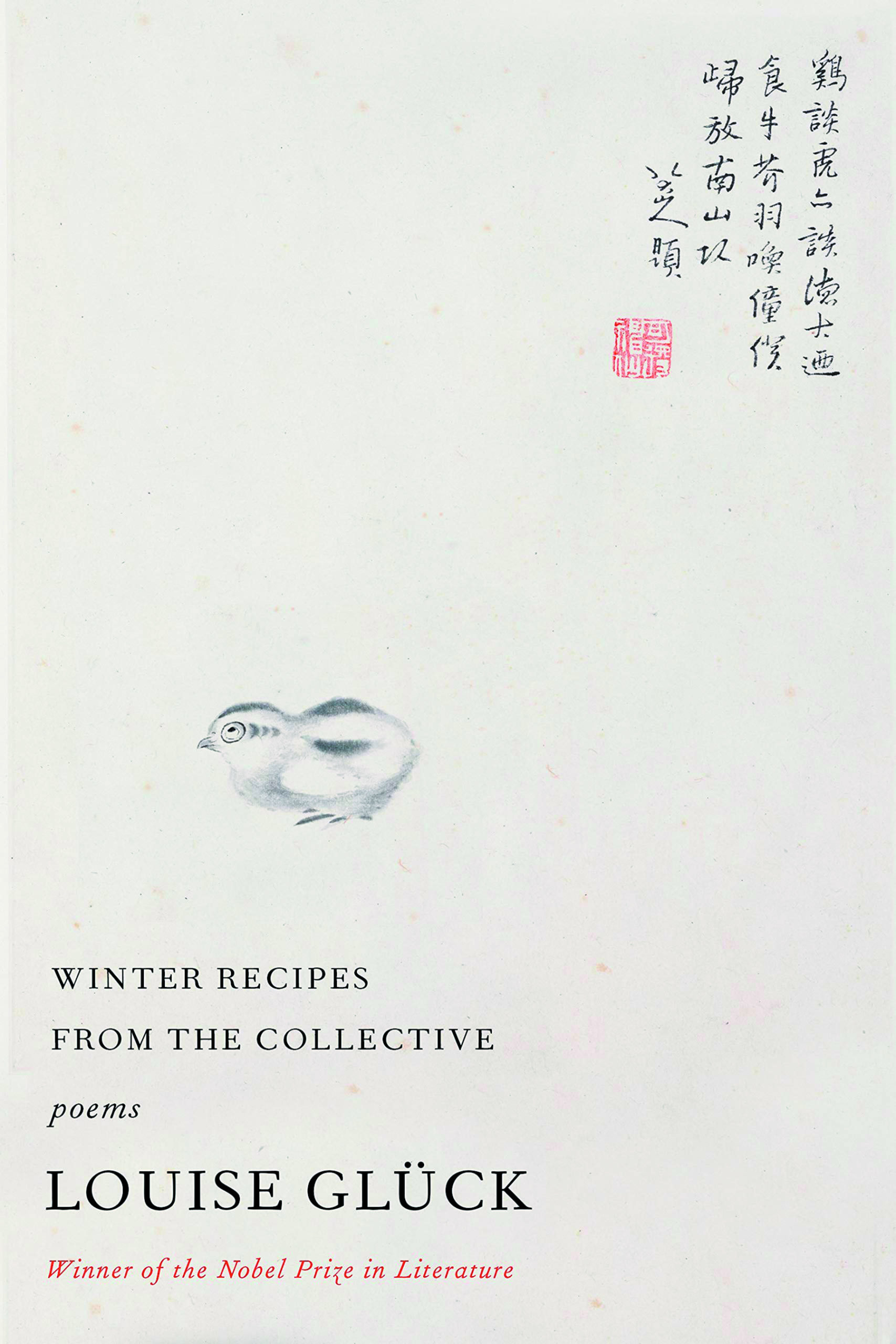 Winter Recipes for the Collective by Louise Glück (2021)

“The book contains only recipes for winter, when life is hard. In spring, anyone can make a fine meal.”

Through gentle and transformative ruminations on change, time and death, Louise Glück’s 13th poetry collection is a slight collection of elegant poems. They take us gently through nature, and through tiny cold stories, with death seemingly always at the door.  Hope and happiness are fleeting or nonexistent in many of these pieces and in the poem President’s Day she writes:

And yet, moments ago
the sun was shining. How joyful my head was,
basking in it, getting to feel it first
while the limbs waited. Like a deserted hive.
Joyful—now there’s a word
we haven’t used in a while.

Glück’s sparse and conversational tone makes these distressing and icy poems accessible and relatable. After the recent years of extreme loss we have collectively experienced, the sadness that overwhelms this collection can be comforting. Winter Recipes for the Collective is an expertly crafted collection that reflects our current time with precision and clearly honed skill.

Check out Hana’s February Book Club in case you missed it, or head to our Explore section to see more of her past reviews.