In Samanta Schweblin’s very near future, the newest tech trend does not come in the form of an app, tablet, or wearable gadget, but an adorable electronic creature that roams around your home like an obedient pet. The catch of these craze-worthy, Furby-like creatures is that the controller is an anonymous and randomly selected person from anywhere in the world. Dubbed kentuckis, people decide if they want to be a keeper or one who controls the kentucki. As most seemingly innocuous tech innovations go, the concept of implanting yourself among the life of another person takes many different eerie and disconcerting turns.

The effect of this privacy invading invention is told through snippets that glimpse the lives of people around the world. Some have darker experiences, some marked by obsession, and none are without the eerie violation of privacy that lets us ruminate on what being alone really means.

Schweblin has managed to master the ability to push forth the unmistakable feelings of complete unsettlement that manifests itself as suspense, mastered by the likes of David Lynch. Though you don’t always know what or why, you know something is horribly amiss and deeply wrong. Her excellent subtlety and ability to evoke these feelings make Little Eyes a literary journey into the horror of the modern world, creating a disturbing reflection of our darkest human urges. 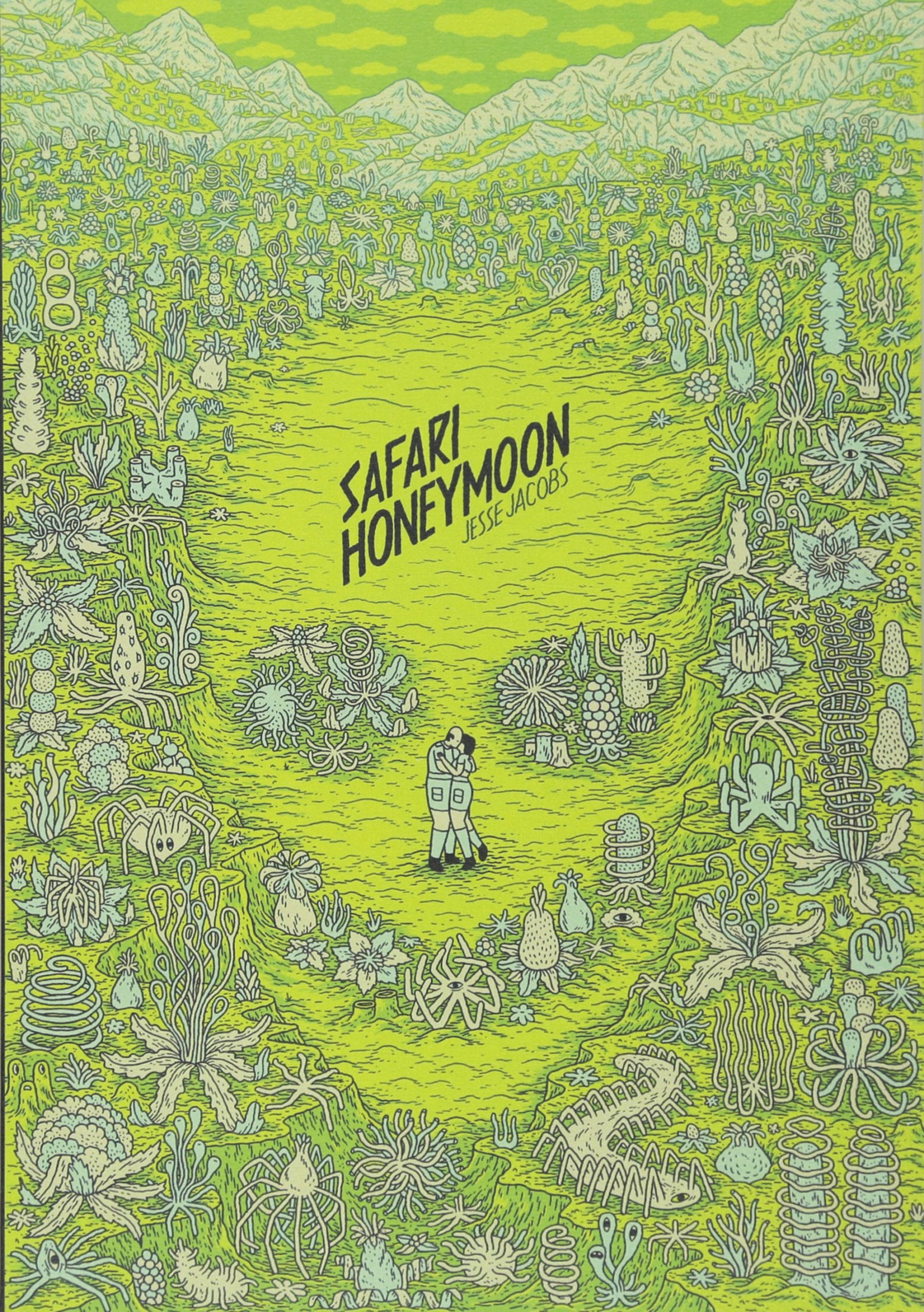 Jesse Jacobs, like his fellow Adventure Time alum, Michael DeForge, provides darker and more psychedelic storytelling when untied from the constraints of writing for a children’s show. Though his comics maintain a goofy and almost adorable quality, Safari Honeymoon is filled with tongue-eating parasites, human-devouring monsters, and ethereal creatures that communicate through antennae.

Safari Honeymoon begins with a couple’s honeymoon journey through a twisted jungle, led by a callous and trigger-happy guide who provides constant reminders that danger is always around them. Their journey begins idyllic and carefree, but deteriorates quickly as their disregard for local life comes back to destroy them.

Jacobs captures the story using only shades of green and illustrations of animals and plants in this imagined world are laid out like Ernst Haeckel prints. A quick read, Safari Honeymoon manages to be a stomach-turning, psychedelic horror with a touch of humor.