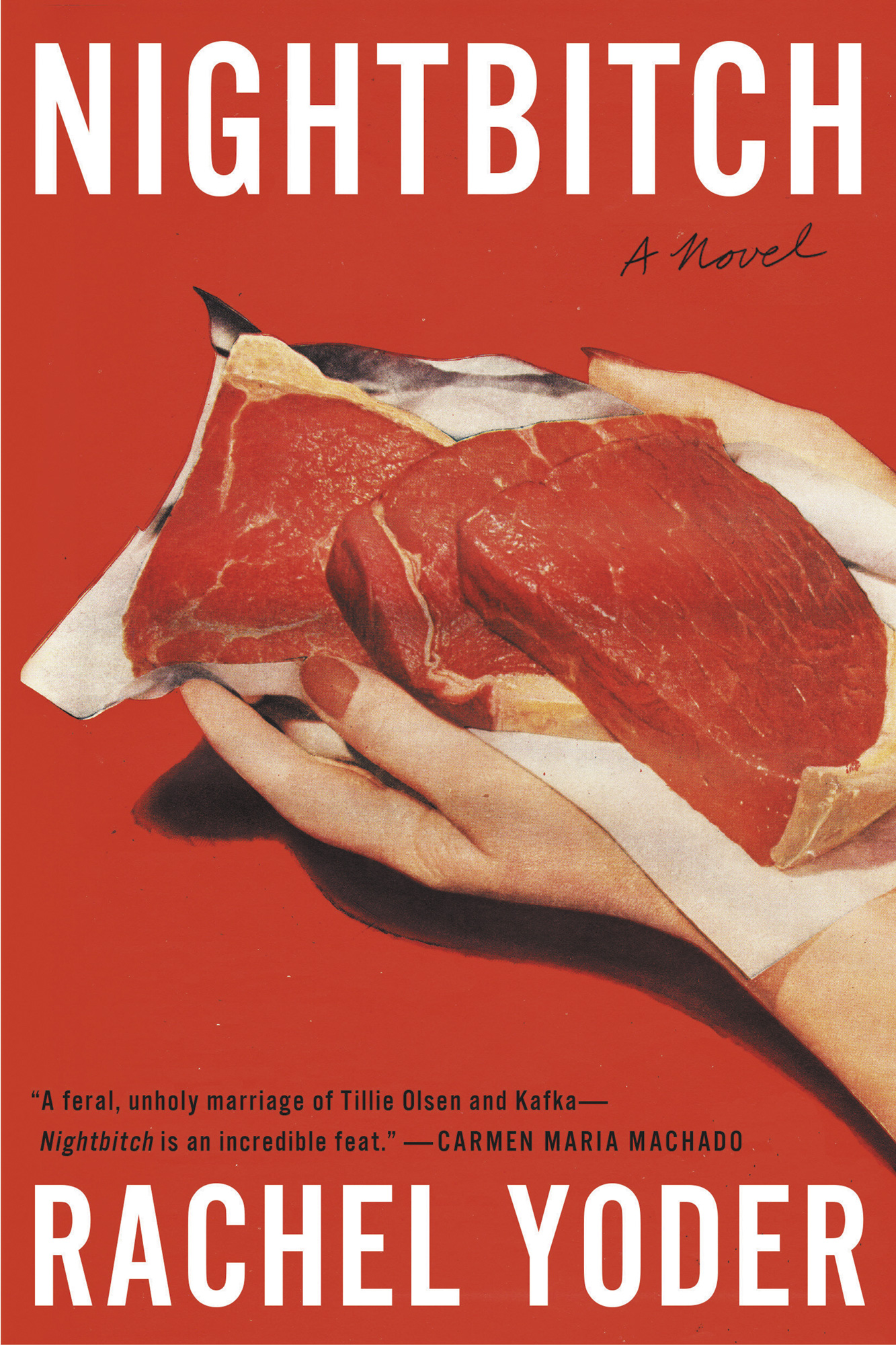 “Not iron deficiency or episode. Nothing ‘wrong’ with her. Just one night. One night of violence was what she needed. One night to not care what anyone thought, to shit where she pleased, to not be needed by any living thing, and to be only a body in motion in the dark, a shadow, a ghost of herself, who only listened to the mandates of her body.”

Rachel Yoder’s debut novel is rich with myth and symbolism following an unnamed narrator starting to feel an unshakable sense of oppression from new motherhood. Her husband is gone all week, only home on the weekends, and she is left as the singular caretaker of their young son. When the guilt of working starts to press on her, she makes the decision with her husband that because he earns more, she will be the one to stay home and take care of their child. In this, she leaves behind her dream career in the arts and starts to watch the women around her become either perfect stay-at-home moms or balanced working moms, neither of which she feels like she has the capability to master.

One night, her rage peaks and she screams at their son who will not go back to sleep. The following morning her husband lets her know she was “kind of … a bitch last night.” Yet, they laugh it off and together jokingly refer to the transformed self she becomes as “nightbitch.”

The new mother starts to suspect there is some truth to these words. When a long, rough growth of hair emerges on her neck, and a strong unsatiated desire for raw meat arises, she is convinced she is changing into a more animal form; into a dog. During a round of storytime at the local library, she picks up the book, A Field Guide to Magical Women, which covers the many maligned, but extremely powerful, women that have shifted one way or another into beings more powerful and transcendent than their human forms, and tries to suss out answers to her metamorphosis.

Yoder’s debut is rich, violent and full of dark magic. She embraces deep animalistic descriptions and is able to work through sometimes on the nose symbolism with a tact that makes it feel self-aware. Her view on womanhood and motherhood is unafraid in its dark and brutal take, molding the story into a twisted modern fairytale on the issues of present-day parenthood and heteronormative gender roles. 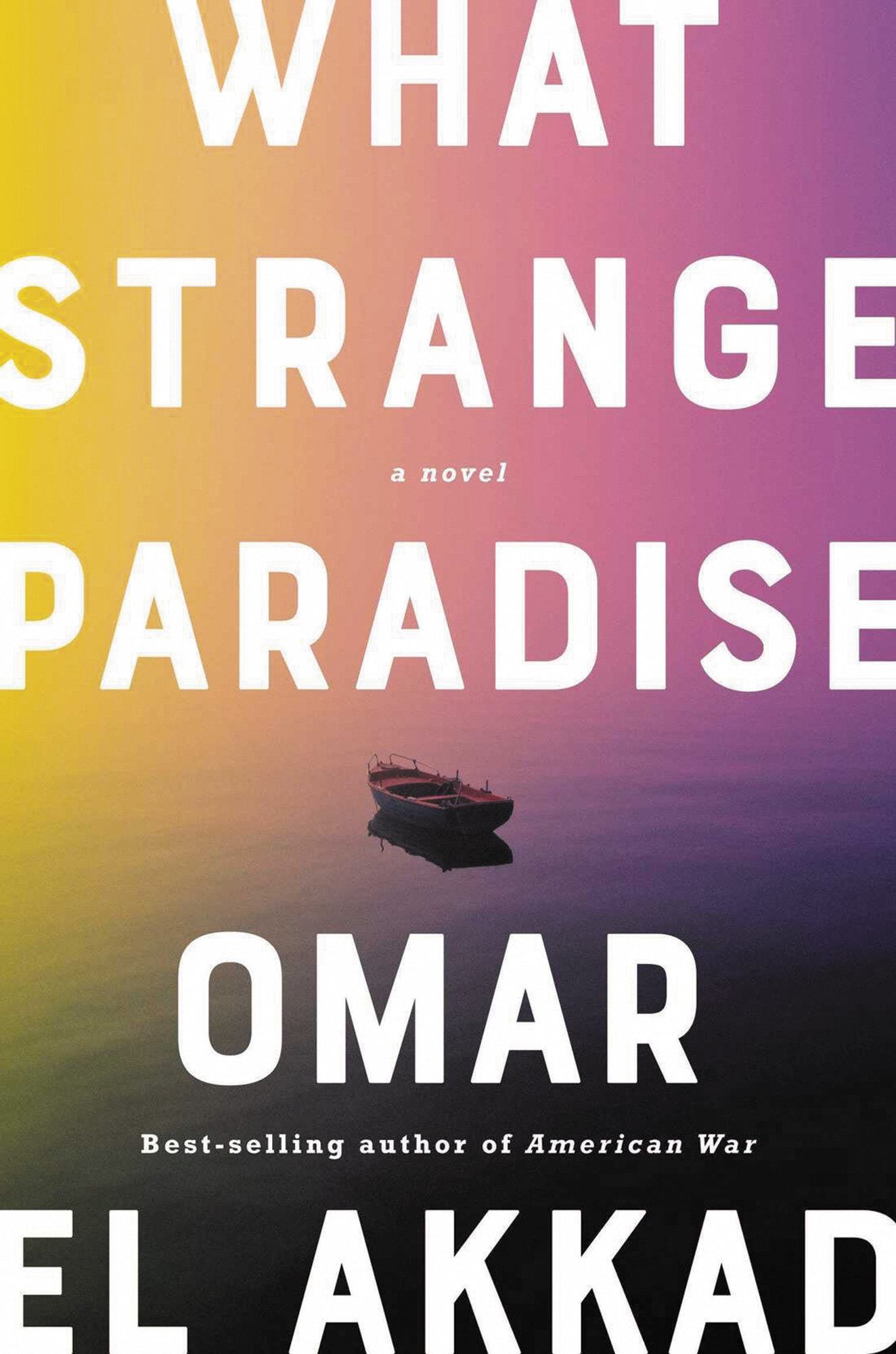 Omar El Akkad’s second novel is a spare tale of a young Syrian boy who accidentally embarks on the harrowing journey to find refuge in Greece. Following his uncle through town and onto a boat out of curiosity, Amir finds himself on a ship completely filled with those seeking a different life heading north.

The novel flashes back and forth from the harrowing journey to the time after Amir’s body has drifted to shore, he awakens, and runs from the guards on the coast. He is discovered by a young girl, Vänna, who despite her family’s indifference and anger at the incoming refugees, tries to help Amir along his journey.

El Akkad paints a heartfelt story that gets to the human experience and core of this ongoing crisis, depicting the pain and life or death choices that people are forced to make, and the dangerous misconceptions, hatred, and indifference they are received with. What Strange Paradise is a spare, beautiful story that highlights the impact small moments of kindness can have on the lives of others.

Check out Hana’s December Book Club in case you missed it, or head to our Explore section to see more of her past reviews.