It’s January again, so you know what that means: frogmen. Frogmen coming down the chimney, frogmen out back bothering with the garbage cans. Frogmen crawling up under the hood of your car to get warm at night then scaring the hell out of you when you go to start the engine in the morning. Incessant croaking robs us of cheer and threatens our sanity. There is no summer around the corner, no warm respite of a new Marvel movie coming down the pike … Only frogmen. This is not your America, dear pingo, but it might be unless we set the record straight. It’s time to talk about frogmen.

May 1955: A businessman is driving near Loveland, Ohio at around 3 a.m., presumably on his way home from a long day of scotch and affairs. He rounds a corner and the headlights of his car fall across three or four humanoid shapes huddled together under a bridge. They were about 2 feet tall, had “wrinkles instead of hair, lopsided chests, and wide mouths without lips.” When the frogmen noticed they were being watched, one of them (whom we shall call Kurt), whips out a metal wand (what!?), points it at the dude, and shoots sparks at him. If that isn’t strange enough the man would later note that the area smelled strongly of “almonds and alfalfa.” Who knew? The businessman fled with his life, his wits, and a story that no one was ever gonna believe. Until it happened again.

Later that summer, Darlene Johnson was swimming in the Ohio River, near Evansville, when she was attacked from beneath. Darlene says she felt small, clawed hands grab her feet and legs and try to drag her underwater as she swam. She was pulled under twice before ultimately fighting off her underwater attackers and swimming for shore. Back on land she is said to have found a strange green handprint on her thigh. Not only was the “Loveland Frogman” officially here, it was aggressive, and its hands might be covered in
guacamole. 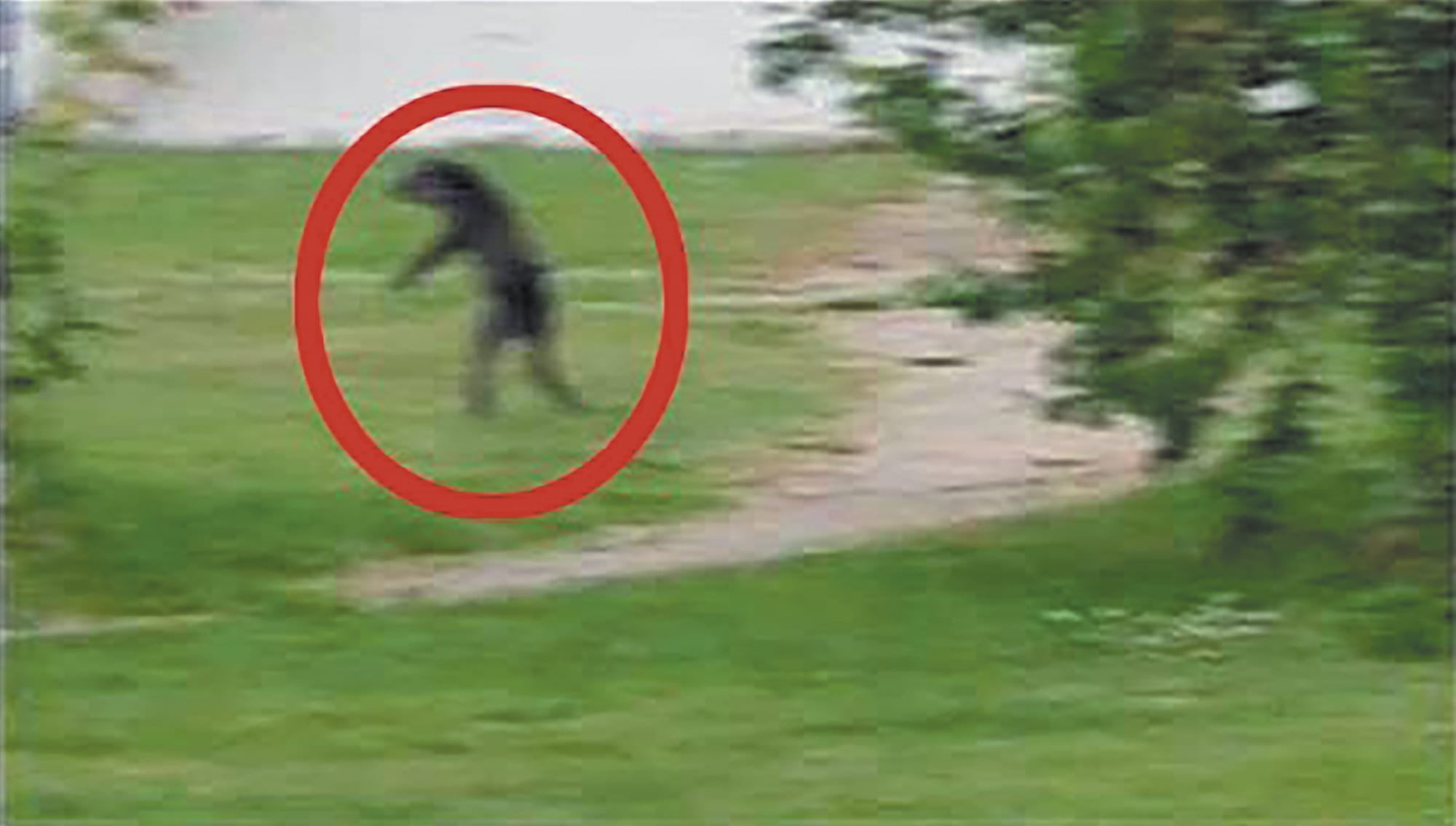 In March of 1972, police officer Ray Shockey spots a creature while on patrol near Little Miami River that he describes as a “4-foot tall humanoid with leathery skin and frog-like features.” Two weeks later his less-cautious coworker officer Mark Matthews sees the same creature, shoots at it, and watches in horror as it saunters off, unfazed into, you guessed it, the Little Miami. To this day, Matthews swears the creature was resisting arrest. Later that month a local farmer spots four of the dang things while out inspecting his fields, just kicking it down by a river that shall remain unnamed! He says they were greenish-gray with rows of sharp teeth. The media got hold of the story around this point and Loveland became something of a laughing stock. Sightings cooled down substantially. Or maybe people just stopped reporting them.

Flash forward to August of 2016. Loveland local Sam Jacobs and his girlfriend are out playing Pokémon GO when there it was — in amongst the virtual Wobbuffets and Mewtwos — a real, actual frogman. Jacobs photographed the creature and even took a short video. You can see them, right now on YouTube. Sure as shit. Frogman. In an email to a local news outlet Jacobs was quoted as saying “I realize this sounds crazy but I swear on my grandmother’s grave, this is the truth. The frog stood about 4 feet tall.” 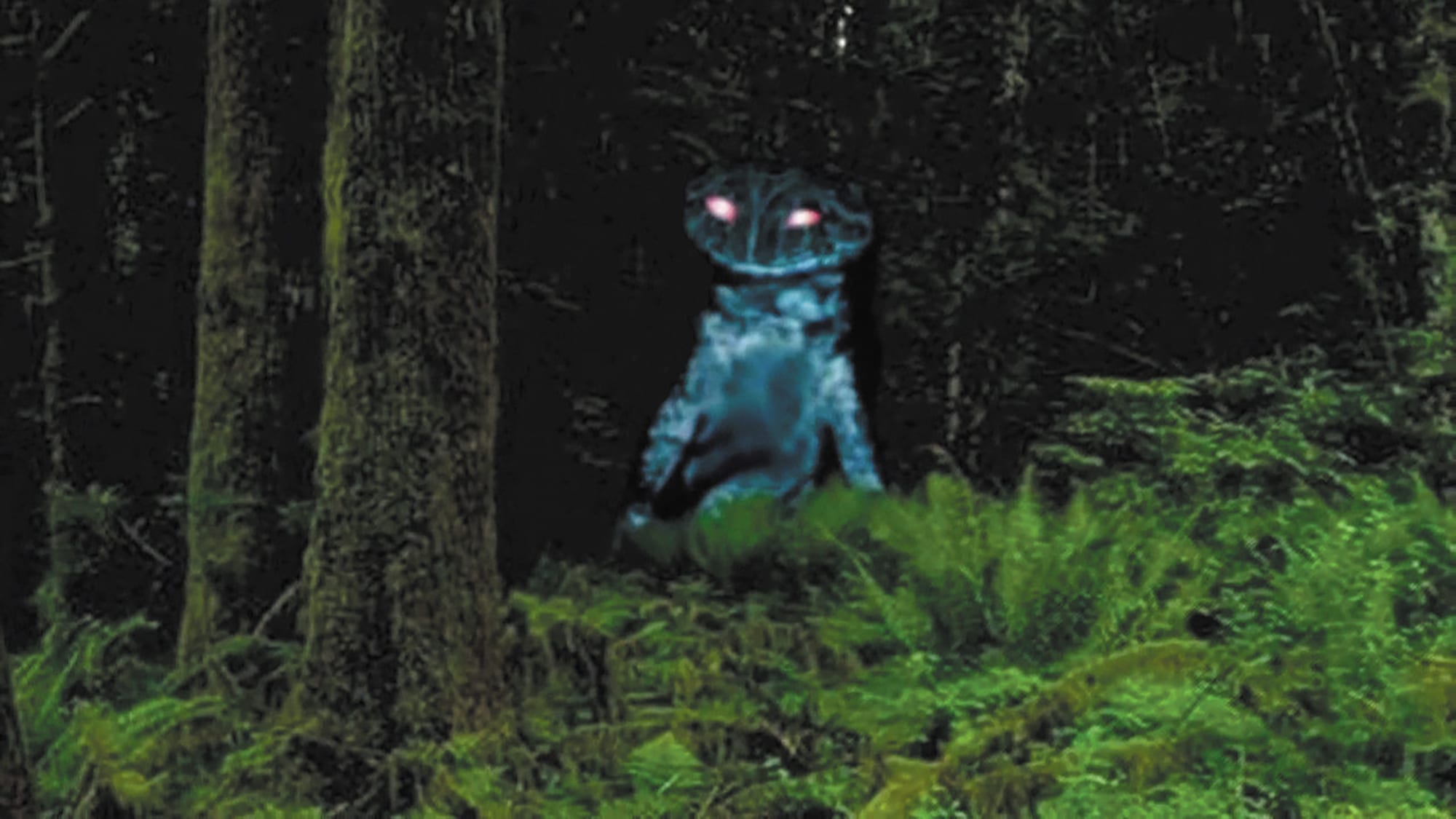 So what the hell is going on here? The answer seems to be … frogmen. Frogmen are going on. I know! It seems insane but we are talking about a series of incredibly detailed sightings over a period of almost 70 years! The witnesses are all credible, with the notable exception of the kid who claims to play Pokémon GO and also have a girlfriend, and they all, separately describe the same creature with the same habits. So the question then becomes: “Why, tho? Why, how, frogmen?” and I just don’t know. The easy answer is a large, unknown amphibian living in the Ohio River ecosystem. Bullfrogs are known to push themselves up out of shallow water during mating displays, giving the impression that they are standing on two legs, and hellbender salamanders can grow up to 6 feet long out in deep-Montana. Could a frog get that big? Maybe. But then what was the deal with that wand thingy? And why do bullets have no effect on the creature? Extraterrestrial? Extradimensional? Frod only knows … Hm? Oh, Frod means Frog God.

For now, I think we treat this like blackjack. We have to assume the dealer is holding an ace (frogman) every time if we ever want to win (get a show on the Travel Channel called Frogs ‘n Hoggs where I ride motorcycles and hunt frogmen.). So from here on out, we will all just assume there are frogmen and act accordingly. That means keeping your yards relatively arid and pest free, not dawdling down by the river at night, and for the love of God no leaving big piles of flies around near the openings of muddy river caves. I promise to start doing these things if you do … tomorrow is fine … I just found this great cave.

Have questions about the paranormal? Send them to: werewolfradarpod@gmail.com or on Twitter: @WerewolfRadar. It’s a big, weird world. Don’t be scared. Be Prepared.

Jordan Doll is a comedian, writer, artist and gamer. Follow him and over at twitch.com/BetterThanHeroes for live D&D every Monday and on Instagram.