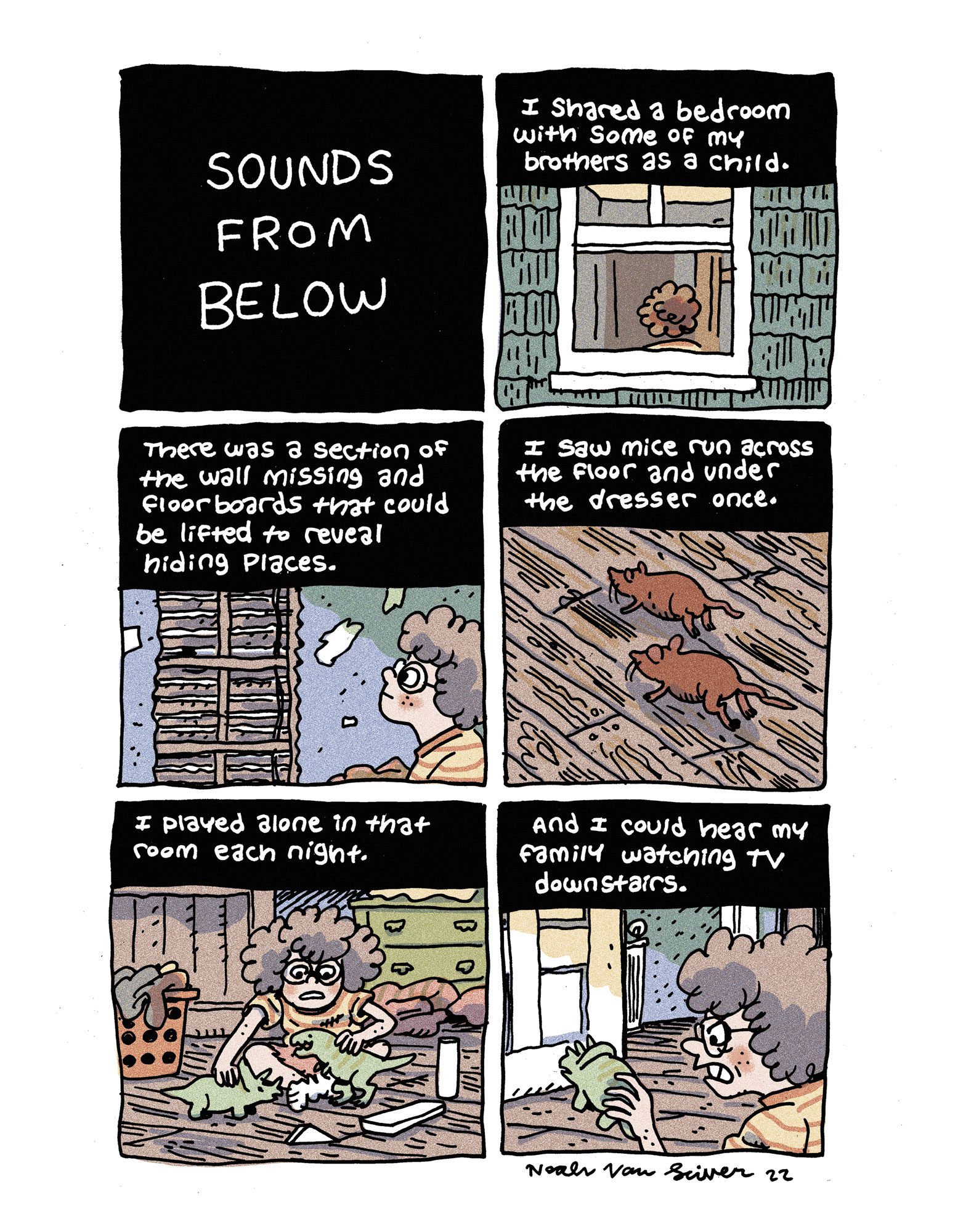 Sounds From Below
By Noah Van Sciver
Published Issue 106, October 2022

Noah Van Sciver is a multiple award-winning cartoonist who first came to comic readers’ attention with his critically acclaimed, Eisner-nominated comic book series Blammo. His work has appeared in Teenage Mutant Ninja Turtles, the Best American Comics, Kramers Ergot, as well as countless graphic anthologies. Van Sciver was a regular contributor to MAD Magazine and has written and drawn numerous bestselling graphic novels including One Dirty Tree, Saint Cole and the Fante Bukowski: Struggling Writer series for Fantagraphics books. In 2015 he was the Artist in Residence/fellow at the Center For Cartoon Studies in White River Junction, Vermont. His books and comics are translated into more than 6 different languages around the world.

He is currently writing and drawing the graphic novel biography of the LDS prophet Joseph Smith, a collection of his newspaper strip The Introvert Club, and the first book in a planned trilogy covering the history of the Grateful Dead with writer Chris Miskiewicz.

Check out Noah’s last comic in Birdy, Ignore It, or head to our Explore section to peek more of his published works.