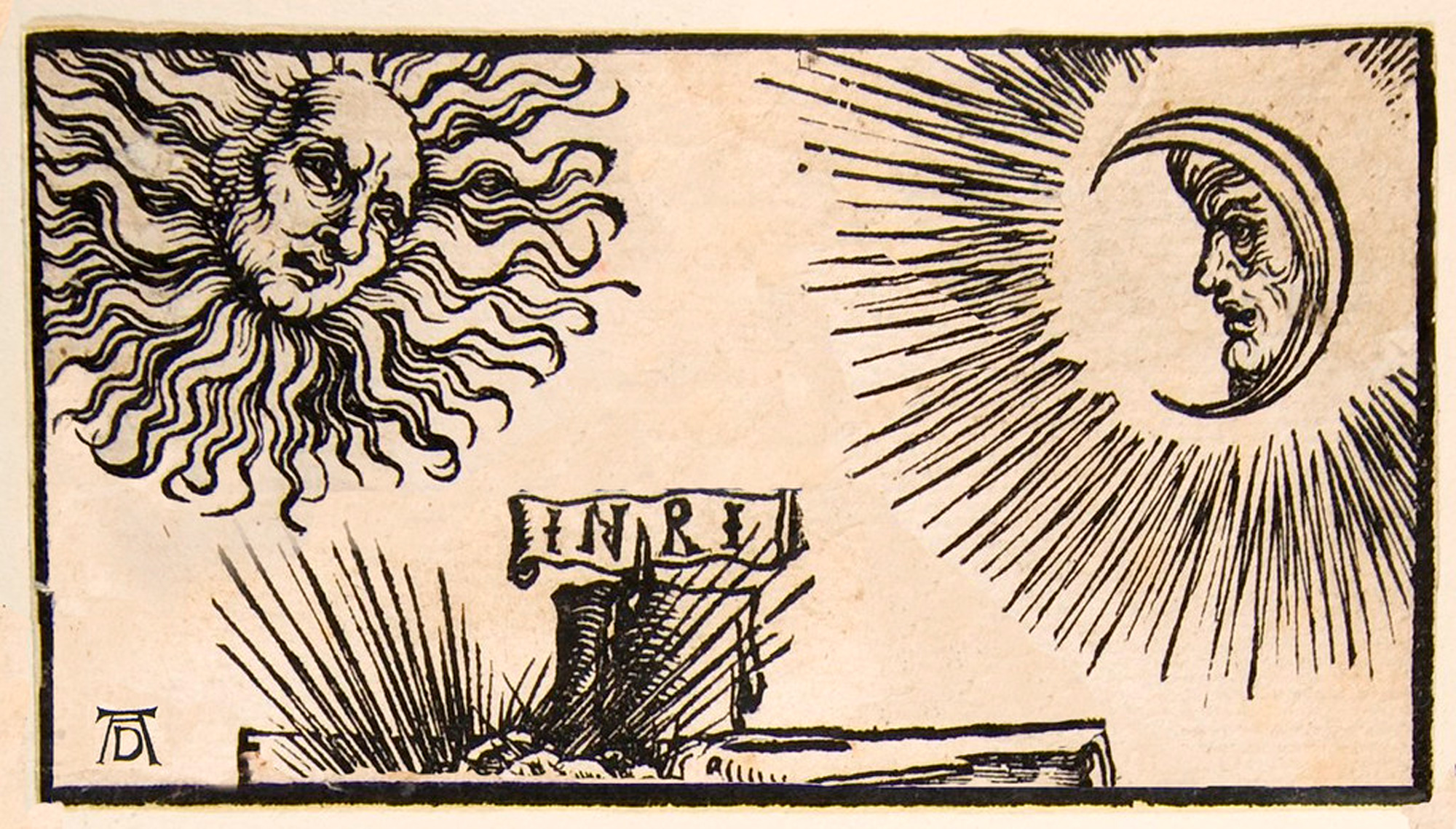 The Disciple of Many Faces
By Joshua Viola
Published Issue 090, June 2021

“Let there be darkness,” the disciple said. He pierced the wretch’s eyes, and it was good.

The wretch cried out in pain.

“Let there be silence.”

The disciple, never seen twice with the same visage, loosed the wretch’s tongue with a slash, and it was good.

“Let your nature be to crawl on your belly and eat dust.”

The disciple, who was sometimes tall and sometimes short — but always strong, brought hammer to bones, and it was good.

The wretch lay on its stomach, bleeding.

“Let there be healing,” the disciple said softly but without succor or kindness, and went to summon Him.

“Who has done such a thing?” He said in His gentle voice.

The disciple appeared to the wretch as a Centurion, drunken and in need of a bath, his face stubbled, his own eyes red. Though his drunken stride was lurching and uneven, this Centurion’s bearing remained haughty and his actions terrifying.

Before fetching the Savior, the disciple — who in this form was in few ways memorable — let word be known in the village and beyond of what would take place here. He was pleased when they gathered before the dusty spot where the ruined wretch lay. When He arrived, there was a crowd to part for him, a sea of faces making way for His passage, just as a sea of waters once parted for another leader of men.

The one they parted for, the one whom they had heard so much, immediately knelt beside the wretch and placed hands upon ruined eyes, fingertips against lips, palms across broken bones.

The disciple, concealed within the audience, was gratified as — through His ministrations — the ruined man’s eyes found sight once more, his tongue found voice, his bones found wholeness and the strength to bear him as he stood.

Standing, the man was a wretch no more. He dropped instantly to his knees before his Savior, head bowed, fingers clutching at the hem of His robes, restored eyes filled with tears, renewed voice issuing wails of gratitude and supplication and praise.

The wide eyes of those who watched, and the soft words they muttered among themselves, were likewise filled with awe and amazement, but with something else as well.

The disciple heard the undercurrent of terror in their voices. He took no pleasure in the sight and sound. Allowing himself to be pleased at what he accomplished would be an act of vanity, and there was room in neither his life nor his purpose for such a thing. He studied the gaggle of astonished men and women and children gathered around He who with this act was becoming their Savior.

They were amazed by Him and what He had done.

They were transported by Him and what He could do.

They were enthralled by Him — and more than a few entered into the realm of belief in Him.

Amazement expressed in a single, wondrous word. But terror also colored that word, whispered again and again, here in this dusty town, just as it had been whispered in shepherds’ camps, fishing villages, marketplaces and on the banks of hills where many were gathered. That wondrous word, heard over and over after He eased some bit of suffering, banished some form of pain.

They were ready, or would be soon, to worship Him, but they feared what was to come.

Just as the disciple intended.

Just as his life’s work had prepared him.

If life itself is a miracle, then is pain not a miracle as well?

Few, the disciple thought, would agree with such a sentiment. In this, he differed from his dozen fellows. They sought assent from those they encountered as they journeyed with Him, believing it to be the first step toward faith. The disciple of many faces knew they were wrong. Fear is the largest step toward faith. And little fertilizes the spread of fear than the promise and the presence of pain.

From an early age — long before following Him — the disciple understood that people saw what they wanted to see, and therein lay the essence of his purpose. That purpose began to take its ultimate shape when he was a boy. As soon as he learned his appearance was malleable, he put his gifts to use delivering pain that would become the foundation of belief for many who would become faithful.

Even as a child, he saw that suffering was to faith as was dung to fallow fields. Nourishment for the seeds of belief that would not be sown until His arrival. From childhood to early manhood, he perfected his craft and ability to perform without his true form ever seen or suspected.

He spiked eyes and slashed tongues.

Though every aspect of the disciple’s work rested upon cruelty, most of his tasks were not elaborate, nor was flesh always flayed, eyes gouged, tongues slashed, bones broken.

He robbed fields of their crops.

With every act, he made himself readier for the work that lay ahead for His arrival. He prepared to become the disciple who would be forgotten but whose work would matter most.

The artistry he inflicted upon the wretch was nearly the last of it, and the tasks that remained for the disciple would have far fewer witnesses. As He and the disciple left the marveling, fearful crowd and took the first steps of their ultimate journey together, the disciple permitted himself no wistfulness. If that was the final public act of preparation, the delivery of pain and the inflicting of suffering that created the bed of fear from which the flowers of faith would sprout and grow, then the act was well-performed. He was confident of that. The village would be behind them soon, and by nightfall they would be in the Garden of Gethsemane where they would dine, and the disciple’s final acts would be shared only with Him.

Once the meal was finished, the disciple moved slowly through the Garden, a few steps behind the three who accompanied Him. Neither He, nor Peter, James, or John, were aware the other disciple followed, any more than they paid him any heed at the long table where they ate. The disciple lingered among the olive trees only long enough to hear Him request that the cup be taken from Him. There was no need for the disciple to stay until the request was denied.

He knew what came next, and had preparations to make.

The worker who had been a disciple approached his task with care and reverence. When his work was done, he allowed himself no vanity, but only the awareness that his dulling of the spikes would increase the pain as they were driven into Him and greaten His suffering, from which, at last, His own fear would emerge and flow like blood onto the grounds of a world the disciple had so carefully prepared it to receive.

1 thought on “The Disciple of Many Faces By Joshua Viola”